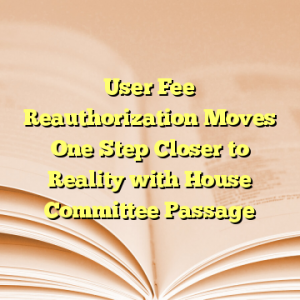 Chairman Greg Walden (R-OR) also offered a package of technical corrections that passed.  Among other things, the package of technical corrections amends provisions included in the Health Subcommittee version of H.R. 2430 concerning Competitive Generic Therapies and a new 180-day exclusivity regime (see our previous post here).
Several other amendments failed to garner the votes necessary for inclusion in the user fee reauthorization bill. Those proposed amendments include the Pharmaceutical Information Exchange Act, which seeks to “improve patient access to emerging medication therapies by clarifying the scope of permitted health care economic and scientific information communications between biopharmaceutical manufacturers and population health decision makers,” a revised version of Rep. Morgan Griffith’s (R-VA) Medical Product Communications Act concerning off-label use, and an amendment from Rep. Peter Welch (D-VT) concerning drug importation.  Rep. Welch also offered the Fair Access for Safe and Timely Generics Act concerning Risk Evaluation and Mitigation Strategies, but withdrew the amendment after debate.
H.R. 2430 will now move to the House Floor where further changes may be made to the bill. Differences between the House and Senate versions of FDARA will need to be ironed out before the bill can be sent to the President for his signature.