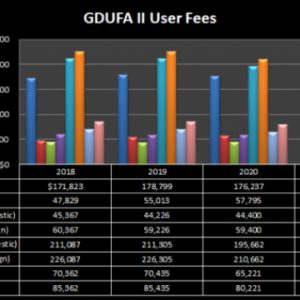 No, “Tick Tock, Goes The Clock” is not a reference to Doctor Who poetry, Ke$ha (TiK ToK), or to that “TikTok” destination for mobile videos that’s been in the news recently.  We’re talking about the countdown to October 1, 2020, when the Fiscal Year 2021 (“FY21”) Generic Drug User Fee Amendments of 2017 (“GDUFA II”) fees go into effect.

FDA announced the FY21 fee rates in August.  That announcement usually triggers companies to consider what they can do to potentially lessen the effect of the annual user fee burden – and, in particular, the annual Program Fee.  That fee is based on the number of ANDAs owned by a company (including affiliates), which results in a company being placed into one of three tiers: a large size operation (20 or more ANDAs; $1,542,993 FY21 fee), a medium size operation (6-19 approved ANDAs; $617,197 FY21 fee), or a small business operation (1-5 approved ANDAs; $154,299 FY21 fee). In a post last week concerning ANDA consolidation we pointed out one way for generic drug manufacturers to potentially lessen the effect of the annual Program Fee burden.  A second way, as we’ve noted before, is to consider a system we dubbed “ANDA Arbitrage.”  It’s an effort undertaken by a company called ANDA Repository, LLC to help companies potentially decrease annual user fee liability under GDUFA II.  The company’s website explains how the system works (see here).  And it seems that they’ve been pretty successful in implementing that system.  According to our data, as of April 30, 2020, ANDA Repository LLC owned 130 ANDAs.