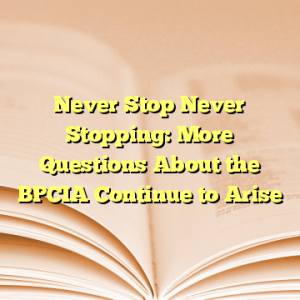 By Sara W. Koblitz –
In the aftermath of the Sandoz v. Amgen Supreme Court decision, both sides should be happy that some of the procedural uncertainty surrounding the Biologics Price Competition and Innovation Act (“BPCIA”) patent dance has been resolved.  But that would be too easy.
Even though U.S. Supreme Court was needed to determine that the BPCIA requires aBLA sponsors to provide notice 180 days prior to commercial marketing before or after FDA approval, there has been little argument that the 180-day notice is mandatory.  But on June 29, 2017, Amgen raised questions of what actually constitutes such notice.  Amgen filed a redacted copy of its revised opening brief in Amgen v. Hospira, Case 1:15-cv-00839 (D. Del.), supporting a motion for preliminary injunction alleging that Hospira refuses to provide valid notice of intent to market a biosimilar version of Amgen’s Epogen (epoetin alfa).  As we previously blogged, in September 2015, Amgen filed in its initial complaint against Hospira alleging patent infringement and failure to comply with various provisions of the BPCIA with respect to a biosimilar version of Epogen.  Relevant to this revised complaint, Hospira filed notice of intent to market with Amgen in April 2015.  However, Amgen now argues that because Hospira received a Complete Response Letter from FDA in October 2015 and refiled in December 2016, the initial April 2015 notice was invalid.
This revised complaint raises new questions: What actually constitutes sufficient notice? Will an intervening Complete Response Letter negate initial notice?  And if so, what recourse does a reference product sponsor have if the aBLA applicant refuses to provide notice?  If no private right of action is available, how can the reference product sponsor assert its patents prior to aBLA launch?  This is a particularly pertinent question in Amgen v. Hospira, as Hospira has refused to provide manufacturing information under PHS Act § 262(l)(2)(A), and the district court denied Amgen discovery of manufacturing information because the information was not relevant to the patents-in-suit (interlocutory appeal to the Federal Circuit has been pending on this issue since July 2016).
This is probably one of many unforeseen questions arising from the BPCIA. As with the Hatch-Waxman Act, as new scenarios continue to arise, more questions will pop-up.  We’re just going to keep watching the dockets to see what happens next!