Medical Device “Fraud on the FDA” Theory Might Be Viable in Minnesota, if Properly Pled 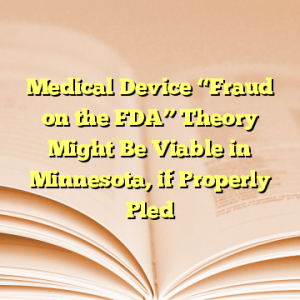