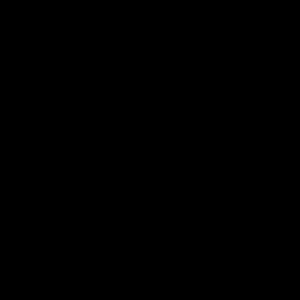 On Monday August 2, 2021, the Senate took up for review H.R. 3684, the Infrastructure Investment and Jobs Act, following House passage of its version last month. Although the bipartisan bill largely deals with the nation’s transportation infrastructure, Section 90006 delays the so-called “rebate rule,” a Trump-era rule finalized by the Office of the Inspector General (OIG) of the U.S. Department of Health and Human Services in December 2020 to prevent Medicare Part D and Medicaid Managed Care plans from receiving rebates from manufacturers unless the rebates are passed through to pharmacies to reduce patient out-of-pocket expenses.

We previously explained the rebate rule and its likely impact on patients and payors here. The rebate rule significantly narrows the anti-kickback statute (AKS) safe harbor for discounts, so that it excludes manufacturer rebates to Medicare Part D plans (or their pharmacy benefits managers (PBMs)). See 42 C.F.R. § 1001.952(h). At the same time, the rule establishes a new safe harbor protecting rebates paid by manufacturers to Part D plans, Medicaid Managed Care plans, or their respective PBMs if the rebates are passed through to the dispensing pharmacy.  OIG argued that confidential manufacturer rebates to Medicare Part D plan sponsors and PBMs generally do not reduce patient out-of-pocket costs but act as kickbacks to these “middlemen.” CMS estimated that the rule would result in savings in individual out-of-pocket costs but such savings would be more than offset by increased premiums. The rule was estimated to cost the federal government around $196 billion over ten years.

The new safe harbor was originally effective on January 29, 2021 and the new discount safe harbor exclusion on January 1, 2022, but these effective dates were delayed until January 1, 2023 pursuant to court orders in a lawsuit brought by the PBM industry association.  Section 90006 of the proposed infrastructure bill would further delay implementation of the rebate rule until January 1, 2026, providing the government with an estimated savings of $49 billion. See bipartisan bill summary at 5. If the infrastructure bill passes the Senate, the rebate rule delay would still have to survive reconciliation with the House version of the infrastructure bill, which did not contain the delay provision.