Forum Shopping for Agency Deliberative Documents? San Francisco is the Place to Be (For Now) 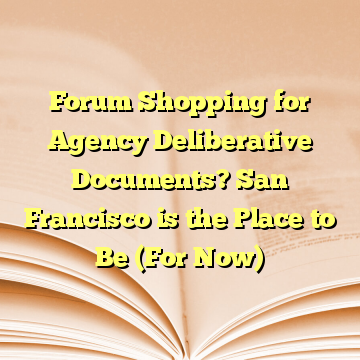