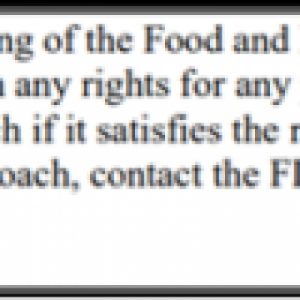 Companies often use rebranding to reposition and refocus their business.  Sometimes they do it with great fanfare; sometimes it is done quietly and incrementally.  The federal government does its own version of rebranding with each change in administration.  Just before the July 4 holiday weekend, DOJ quietly rebranded the role of guidance documents, reversing two distinct but related policies regarding such documents.  The first policy it reversed, originally announced in 2017 by Attorney General Sessions, prohibited all DOJ components from “issu[ing] guidance documents that purport to create rights or obligations binding on persons or entities outside the Executive Branch (including state, local, and tribal governments).”  The second, and arguably more significant, policy prohibited its lawyers from civilly prosecuting companies for violating “requirements” set forth in agency guidance documents.  This policy, announced by then Associate Attorney General Rachel Brand in 2018 was referred to as the Brand Memo.  As a matter of administrative law, the Brand Memo made good sense from the perspective of FDA-regulated industry, as we described here.  Because guidance documents have not undergone the notice-and-comment rulemaking process required under the Administrative Procedure Act, these documents should not be used to bind the public or coerce regulated parties into acting beyond what is required by law and regulation.  DOJ’s policy (ironically issued via guidance document, but later memorialized in the Justice Manual) stated that DOJ would not use noncompliance with guidance documents as the sole basis for an affirmative civil enforcement case.

The July 1, 2021 Memo signed by Attorney General Garland describes the earlier policies as “overly restrictive,” and claims it has “discouraged the development of valuable guidance” and “hampered [DOJ] attorneys when litigating cases where there is relevant agency guidance.”  The Attorney General now instructs DOJ lawyers handling an enforcement action that they “may rely on relevant guidance documents” in instances when a guidance document “may be entitled to deference or otherwise carry persuasive weight with respect to the meaning of the applicable legal requirements.”  The memorandum cites the 2019 Supreme Court decision, Kisor v. Wilkie, 139 S. Ct. 2400, 2420 (2019), which recognized that agencies can issue interpretive rules without notice-and-comment as long as they are meant only to advise the public of how the agency understands, and is likely to apply, the binding laws and regulations.

FDA’s database contains 2,623 guidance documents that address a plethora of topics, ranging from the mundane (e.g., electronic formatting for regulatory submissions), scientific (e.g., clinical testing of implanted brain computer interface devices for patients with paralysis or amputation), enforcement (e.g., recalls), and the COVID-19 emergency.  The top of each document includes the following disclaimer:

Even though these guidance documents explicitly are “not binding on FDA or the public,” companies rarely divert from terms within a guidance document because disagreement with FDA could result in costly delays in regulatory approval or administrative sanctions.  Nevertheless, the Brand Memo gave companies some solace that a failure to “dot all the I’s and cross all the T’s” within a guidance document would not be the basis for a government prosecution.  Rather, companies that met the legal and regulatory standards could defend their conduct even if they did not do so exactly as FDA proposed in guidance.

In light of the seemingly renewed general focus on enforcement activities after a COVID-19 lull, regulated companies should anticipate the resumption of FDA inspections.  In preparation, companies should consider whether new guidance documents have been issued that “require” changes in business practices and documentation.

Additionally, on the government investigation front, companies should expect that DOJ lawyers assessing potential False Claims Act cases based on alleged FDC Act violations, are reading FDA guidance documents with renewed vigor and contemplating how to use those guidance documents in their cases, which routinely result in multi-million dollar settlement demands.  Companies should be prepared to vigorously defend themselves, starting with Attorney General Garland’s own reminder: “By definition, guidance documents ‘do not have the force and effect of law.’”