ANDA Suitability Petitions: The Way Back to Normalcy (and Some Sanity) 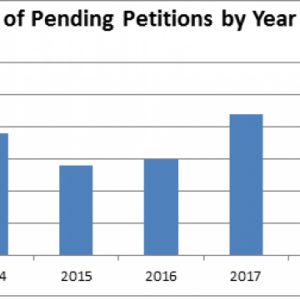 The “Petitioned ANDA”—It’s a route to ANDA approval that’s been around since even before the enactment of the 1984 Hatch-Waxman Amendments.  For several years after the enactment of Hatch-Waxman, the petitioned ANDA was a mainstay of the generic drug industry’s drug development paradigm.  And although it remains a viable route for many generic drug applicants to obtain approval of a drug product without having to conduct expensive and time-consuming clinical studies, the popularity of the petitioned ANDA has waned in recent years.  The continued success—and reinvigoration—of the petitioned ANDA depends in large part on FDA’s ability to promptly review and act on ANDA suitability petitions within the statutory 90-day period.  But we’re getting a little ahead of ourselves. . . .

In this blog post—posted simultaneously on the FDA Law Blog and the Lachman Consultants Blog—we hope to describe the benefits of the ANDA suitability petition process, look at why it is not working, and suggest some action FDA might consider to get the program back on track.

Codified at FDC Act § 505(j)(2)(C), the ANDA suitability petition is used to request FDA’s permission to submit an ANDA that differs from a brand-name Reference Listed Drug (“RLD”) in strength, dosage form, route of administration, or for the substitution of one active ingredient of the same therapeutic class for another active ingredient in a combination drug (when, and only when, there is a known equipotent dose relationship between the two ingredients).  Over the years, FDA has received somewhere in the neighborhood of 1,500 ANDA suitability petitions.

The ANDA suitability petition provisions of the FDC Act are short and total slightly more than 150 words:

(i) that investigations must be conducted to show the safety and effectiveness of the drug or of any of its active ingredients, the route of administration, the dosage form, or strength which differ from the listed drug; or

(ii) that any drug with a different active ingredient may not be adequately evaluated for approval as safe and effective on the basis of the information required to be submitted in an abbreviated application.

It’s the 22 emphasized words above that we focus on here, because prompt FDA action on a suitability petition is critical to a vibrant suitability petition program.  As One of the authors of this post pointed out in a law review article a few years ago, titled “Letting the Devil Ride: Thirty Years of ANDA Suitability Petitions under the Hatch-Waxman Amendments,” FDA’s track record of timely ruling on suitability petitions has been less than stellar.

The Benefits of Suitability Petitions

Changes proposed in a suitability petition may significantly improve patient compliance.  For instance, if a drug is available in 25 mg and 50 mg tablet strengths and the labeling of the RLD states that that single doses of up to 150 mg may be required for certain patients, then a change to include a 100 mg scored or 150 mg tablet may help a patient take fewer dosage units to achieve the required dose.  In other instances, approval of intermediate dosage strengths may help patients who otherwise have to break tablets at scoring marks to reach those doses.  This may be even more important for the elderly, infirmed or visually impaired patients.  Other changes, such as from a tablet to a capsule (and vice versa) may help patients who have difficulty swallowing either tablets or capsules.  In addition, approval of oral solutions could aid in the delivery of drugs to patients that have dysphagia or other maladies, or those patient who just cannot seem to swallow solid dosage forms.

The suitability petition process also permits drug companies to expand available generic products (thus creating greater competition while potentially addressing a current unmet need), while at the same time avoiding the use of the more resources intensive (and expensive) 505(b)(2) NDA process for the same types of changes permitted under a suitability petition.

Why the Suitability Petition Process is Not Working at the FDA?

At the time of the passage of the Hatch-Waxman Amendments there was a small committee comprised of two people from the Office of Generic Drugs (“OGD”), Dr. Jim Bilstad and Dr. Bob Temple (the only two Office Directors at that time), and a member of the Office of Chief Counsel (“OCC”).  Staff work with recommendations was prepared by OGD and forwarded to the respective CDER Division Directors who were responsible for the RLD, and decisions were made at a monthly suitability petition committee meeting.  If the CDER Division Directors did not object and the committee’s recommendation was to approve the petition, then the final decision rested with the committee.  If the CDER Division Directors or if the committee recommendation was to deny the petition, then a draft denial letter was prepared and run through the OCC representative and an action letter was prepared.

Today there are too many cooks in the kitchen!  There are many more CDER Office and Division Directors who need to have a “say” in a suitability petition decision.  Moreover, the institutional knowledge regarding suitability petition precedent has, with a very few exceptions, been lost.  This further slows down the process.  And then there’s the post-PDUFA and GDUFA environment at FDA where a significant amount of CDER’s attention is directed towards meeting user fee goals.  Despite the fact that the FDC Act directs FDA to rule on a suitability petition within 90 days of submission, it’s not a user fee goal.  As such, FDA has essentially let the suitability petition process go adrift in favor of addressing “higher” user fee priorities.

The Association for Accessible Medicine (“AAM”) estimates that hundreds of ANDA suitability petitions are currently pending at FDA.  Some of those petitions have been pending at FDA for over 8 years!   According to data compiled from the FDA Law Blog Citizen Petition Tracker, FDA received 135 ANDA suitability petitions between 2013 and 2019.  Of those 135 petitions, an astounding 113 (or 84%) remain pending (see table below).  Of the 22 petitions that have been resolved, 2 (1.5%) were denied, 5 (4%) were granted and 15 (11%) were withdrawn (with half of those petitions later resubmitted and that remain pending).

Delving deeper into the numbers, we see that two of the pending petitions are for drugs that are in shortage, and for which the brand-name RLD is not marketed: (1) sodium chloride, 23.4%, which is regularly used as a diluent for intravenous infusions; and (2) cysteine hydrochloride injection, 5%, which provides amino acid therapy to newborn infants.  In each case, the changes requested are merely to the volume of product provided (i.e., strength) and raise no new safety or effectiveness questions.  While these petitions remain pending, patients are without an option for these products. Twenty of the pending suitability petitions concern drugs that have no generic competition.  And six of these are on FDA’s List of Off-Patent, Off-Exclusivity Drugs without an Approved Generic.  These drugs are for indications including Type 2 Diabetes, cancer, heart disease, and broad-spectrum antibiotic uses.

FDA’s efforts to address the ANDA suitability petition backlog have thus far been unsuccessful.  For example, in August 2013, FDA published a Manual of Policies and Procedures (“MAPP”) establishing the policies and procedures for responding to suitability petitions and reiterating that “the Agency will approve or deny the petition no later than 90 days after the petition is submitted.”  That MAPP—MAPP 5240.5, revised in August 2018 to remove any reference to the 90-day period—has not resulted in any noticeable change in the speed with which FDA responds to suitability petition.  Heck, FDA has not even updated the Agency’s ANDA Suitability Petition Tracking Reports since August 2015!

How to Fix the ANDA Suitability Petition Process?

There are two paths that we believe FDA could take to address the suitability petition backlog, and to lay the groundwork for future success.

First, FDA could contract out the staff work to develop a recommendation based on the statutory and regulatory requirements and past precedent that the Agency could use as a basis for its final decision-making process.  This approach may raise some eyebrows as there could be hints of conflict of interest from private contractors relative to their potential affiliations.

Second—and perhaps the best approach—would be for FDA to detail a select few individuals to spend a good portion of their day managing the suitability petition process with the goal of cleaning up the backlog of petitions and establishing a foundation upon which future petitions could be handled within the Agency.  The use of those with historical perspective should be of greatest benefit for FDA and their wisdom could then also be transferred to others within the Agency.  This “suitability petition hit squad” may be able to revive the vibrancy of the petition process while providing FDA, patients, and industry with the service it deserves and a long-term solution for continuing the process going forward.

Absent FDA being able to address the issue internally, Congress might have to step in and make some changes to the statute.  For example, Congress might consider extending—perhaps as part of the next iteration of GDUFA––the 90-day response deadline to reflect deadlines that are more familiar to and attainable by FDA, such as the 150-day, 180-day, or 270-day petition response deadlines imposed by Congress in recent years.